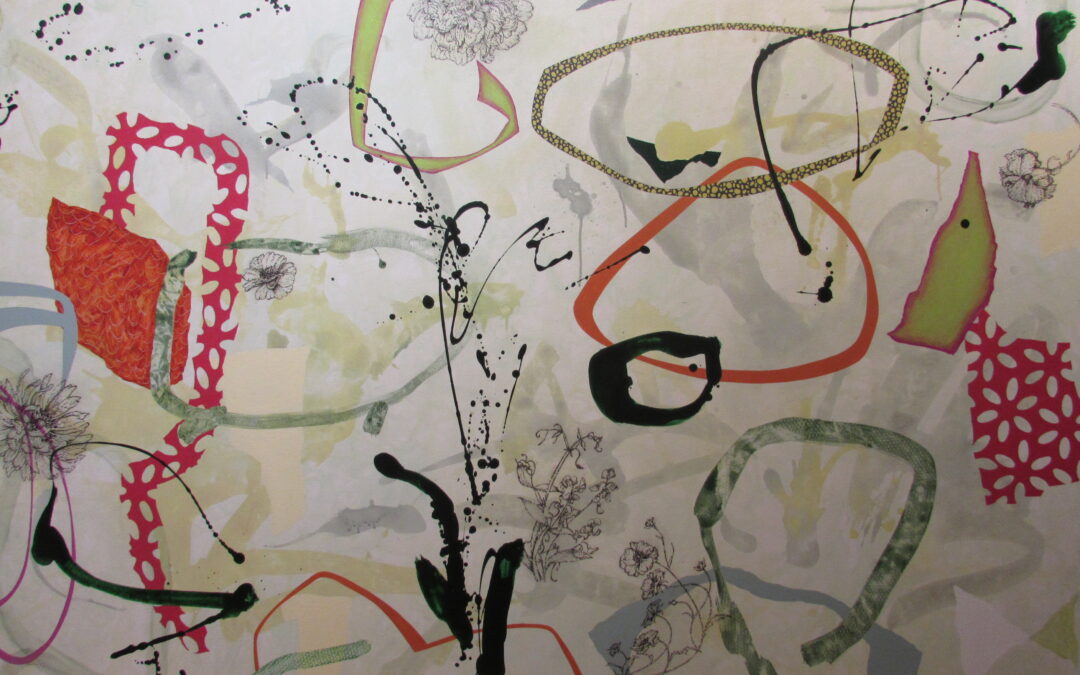 ‘Sophisticated’ artists from 24 nearby counties

The quirks of art, like a small child’s scrawl on her daddy’s big ceramic jar, spice up the 153 pieces that fill the 43rd Elkhart Juried Regional exhibit at Elkhart’s Midwest Museum of American Art.

“Autumn Downhill,” by Bryan Graham of South Bend, won the best sculpture award for a colorful, abstract jumble of wooden critters and characters on some kind of four-wheeled jalopy.

But just as much, the sprawling exhibit, which fills two floors, also grants you interludes with verdant local landscapes, locomotives, graceful birds and popular hangouts such as Granger resident Larry Johnson’s acrylic painting of The Chief Ice Cream shop.

Open now through Dec. 19, the exhibit spans a range of art and mediums. A total of 197 artists had submitted 341 works — without a specific theme in mind — from a 20-county region in Indiana surrounding Elkhart, plus four Michigan counties just across the border. Two jurors, artists Laura Conners of Crawfordsville, Ind., and Thomas Roese of Cleveland, whittled that all down to 153 works by 115 artists.

Award winners collected a total of about $27,000, which museum Director/Curator Brian Byrn says is roughly on par for this annual competition and makes it the largest cash awards art show in Indiana. Each year, the exhibit gives a platform for a wide span of “very sophisticated” artists from “our back yard,” Byrn says.

To curate, Byrn took the potpourri of art and grouped the pieces somewhat thematically in each room. They aren’t labeled as such, but, in his own thinking, he calls the first nook “the aviary” for bird art pieces. Then you wander “into the region” peppered with images of railroads and industry. Then there comes “fragments and foliage” for abstract and tree art and “aging, equality and sounds of the street.” But, naturally, there are lots of pieces that don’t fit the theme — they just look good in those spots. Upstairs, Byrn grouped pieces that smack of summer and fall, plus another room ripe with textures and comparisons and contrasts.

The overall best of show award went to a large acrylic and ink abstract piece, “Flower Line,” by Mary Burke of Berrien Springs. In written comments, the judges describe: “Bold flowing shapes that dance across a pale-colored surface. The artist delights us with thoughtful layers of space that create both depth and perspective.”

Seven pieces won best of show awards for their mediums, along with six merit awards from the judges.

The elegant, aptly named ceramic pot and cover “Four Turtles,” by Cynthia Cooper of Middlebury, won one of the four other merit awards given in memory of certain people (in this case, William and Jeanne Batten).

Mary Amador of Goshen, who grew up in a family of migrant farmworkers, often depicts faith and the lives of migrants. She often uses her children as models, as seen in her mixed media piece, “It’s Cold in the Shadows,” showing a white-haired young man with an ornate red-and-white necklace and a black backdrop scattered with pale roses and Mexico’s much loved critter: butterflies.

Some artists have more than one piece in the exhibit. Emese Rivera of South Bend has painted two portraits of strong Latin American women with warm colors, beautiful ethnic clothing and curving patterns.

Self-taught sculptor Steve Lerma of Elkhart created a metal sculpture of a bird skeleton, winging its way upward, with its claws around a black human skull, which, Byrn says, is an homage to the Latin American celebration of the Day of the Dead, just after Halloween, which honors the spirits of those who’ve died.

There are two Nigerian artists, too, both of Goshen: painter Nalia Suleiman and sculptor Sunday Mahaja.

Some artists added their own peculiar twists.

Marcia Sindone of LaPorte, who, Byrn says, has written about extra-terrestrials and ghosts, lends her eccentric skills to “Gotta Love Me Too.” This whimsical shadow box includes cutouts of black-and-white photos of women from the times of women’s suffrage, along with a woman cleaning stairs whose head is lopped off and held by a man sitting above her. Sindone stamped “#METOO” over an old “VOTES FOR WOMEN” sign and suffragist women who stand alongside it.

Todd Hoover, a retired art teacher from South Bend’s Riley High School, also uses a collection of vintage black-and-white portrait photos, each framed within the piece titled “Lost Generation’s Ditties,” but he covers each face with a 3D mask that he’s crafted himself.

Justin Rothshank of Goshen, who helped to start the annual Michiana Pottery Tour, sculpted a tall earthy jar and purposefully let his 5-year-old, Bryn, scrawl marks along the sides.

“It has a great sense of innocence and pattern,” Byrn says. “Children don’t fear art.”

Some pieces may give you peace, such as the paintings of sandhill cranes, great blue heron, “Trees at Twilight” and the large, leafy green oil painting of South Bend’s city cemetery by David Allen.

Next to them, Pat Pritchard of Granger used colored pencils to depict a curly-haired diver among fish and corals inside of a swirling droplet, a finely detailed work that allows the artist to beg a question in her title: “Magnificent Oceans, Can We Save Them?”

• COVID protocol: Masks are required for the unvaccinated and recommended for the vaccinated.