(also known as three groups of artists: The Hairy Who, The Non-Plussed Some, and The False Image)

What we refer to today as Chicago Imagism began evolving as early as post World War II in the strange paintings of Ivan Lorraine Albright, then later in the 1950s in the work of Leon Golub and June Leaf. The Chicago Imagists began as a group of six young art students who attended the School of the Art Institute of Chicago. Don Baum, (then) Director of the Hyde Park Art Center brought them together in an exhibition they entitled “The Hairy Who”. This landmark show included work by Jim Nutt, Gladys Nilsson, Karl Wirsum, Suellen Rocca, Art Green, and Jim Falconer. The images of their art were drawn from comics and cheap advertisements, brightened with high-keyed color and distorted. Roger Brown and Christina Ramberg would be the next two to join the group and expand the second city as an important regional school of art.

The art of the Chicago Imagists continued to evolve and include influences of surrealism, primitive or outsider art, particularly the work of the self-taught Chicago artist, Joseph Yoakum. Other influences include: Persian manuscript painting, the Field Museum of Chicago’s natural history collection, ethnographical art, diseases, bodily functions and medical charts, amusement kiosk banners, penny arcades, and a whole host of art historical references.

Though these artists shared attitudes and concerns, each artist has developed a different approach, style and adaptation of content in their work. 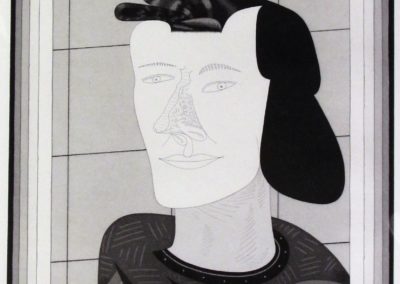 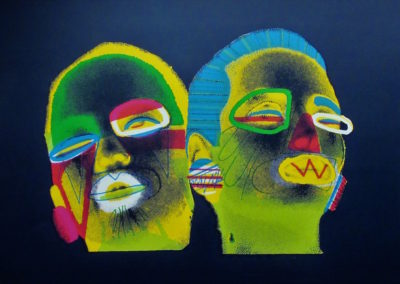 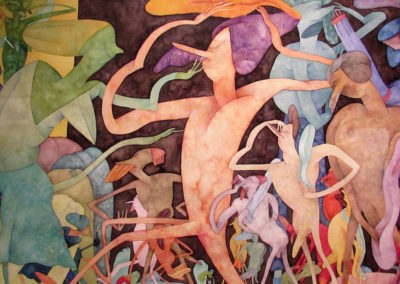 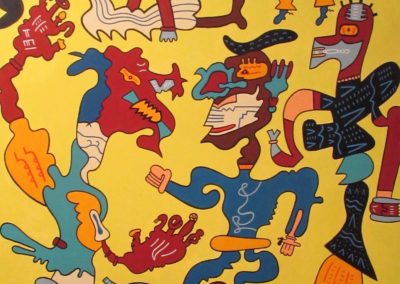 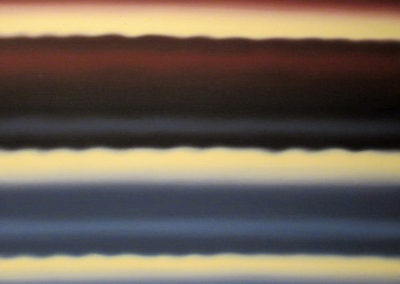 Hitchiking in a Luminous Landscape, ca. 1980 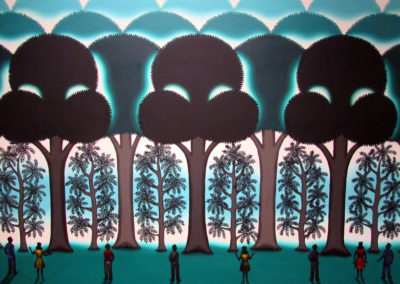