The New York School
The most significantly independent and original art movement in America began to take shape in the late 1940s. Abstract Expressionism was officially recognized by 1951 in the landmark exhibition, “Abstract Painting and Sculpture in America” mounted by the Museum of Modern Art in New York. Subsequent names were coined to describe the group of artists which included Jackson Pollock, Hans Hoffmann, Willem de Kooning, James Brooks, and Theodoros Stamos (to name but a few), including The New York School and Action Painters. The art critic Harold Rosenberg invented the term “action painting” primarily to describe the work of Pollock and de Kooning. It was applied to “Second Generation New York School” artists who displayed similar tendencies in creating gestural works which were the result of high energy attacks on the canvas with brush and paint.

Beginning with Abstract Expressionism, America became the leader of the avant-garde art world replacing Paris with New York as the major art capital. The boldness and assertiveness of this movement arrived on the art scene just as this country emerged from World War II. It was a time of American economic, political, and military supremacy. Intense and emotional, Abstract Expressionism was formed when three basic currents of modern painting merged: abstraction which changed pictorial concerns to totally non-objective values; expressionism which focused on emotional intensity; and, surrealism which emphasized automatism or automatic stream-of-conscious painting, improvisation, and symbolism. 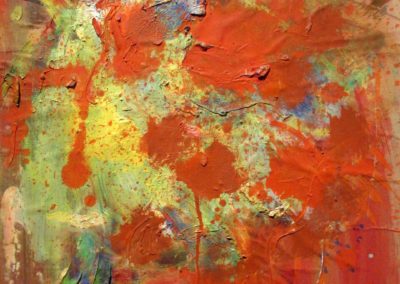 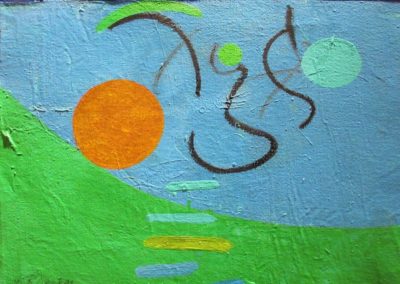 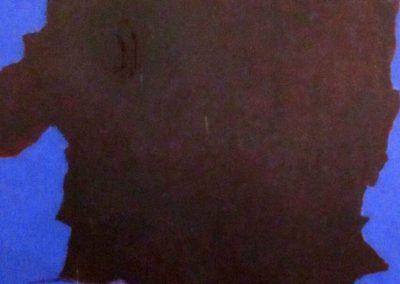 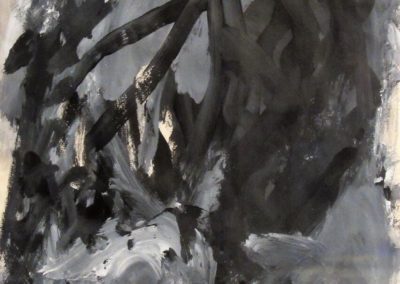 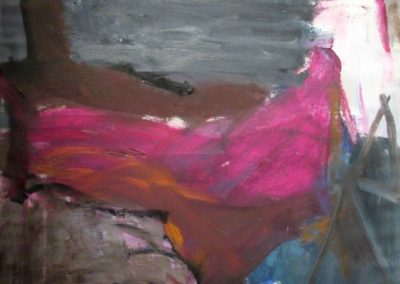