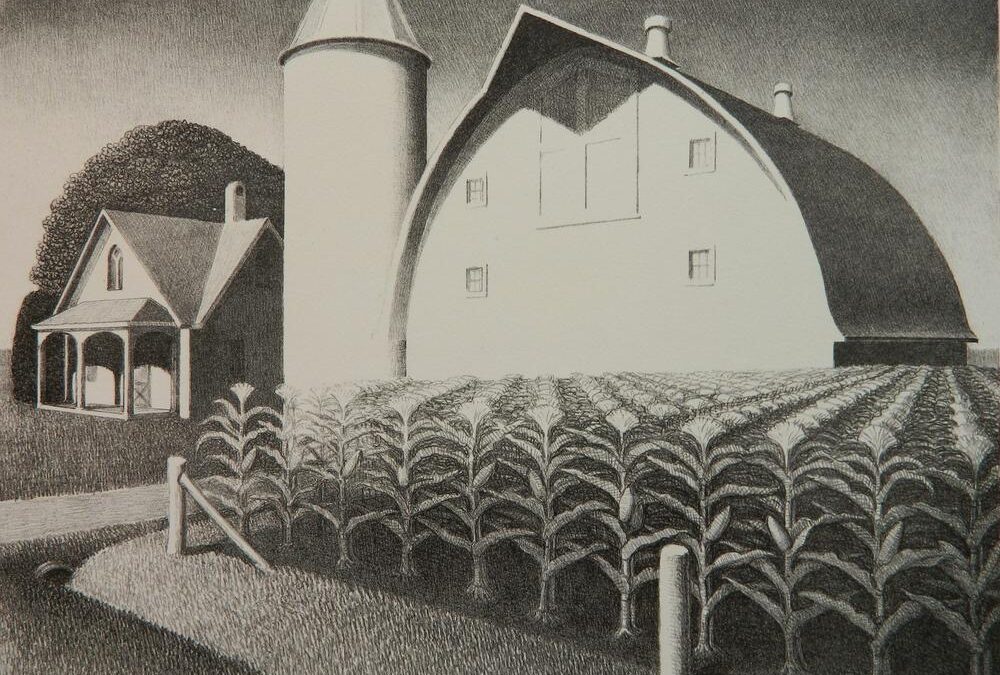 The Midwest Museum of American Art is pleased to present a new exhibit featuring 8 original signed lithographs by Grant Wood (1891-1942) from an anonymous private collection.

In 1930, Grant Wood became the most well known artist in America when he debuted his iconic American Gothic at the Art Institute of Chicago. The criticism was harsh and the shy Wood turned his attention and energies into nineteen lithographs signing the final one as he lay dying in an Iowa City hospital at age 50. The prints constitute around one fourth of the artist’s output.

The painting, Sheaves of Corn, in the MMAA collection has become a heralded favorite attracting visitors from across the country. It was seen by 4.5 million Chinese and Russian museum goers in 2008 when MMAA loaned it to the Guggenheim Museum in New York City for a special first-hand look at American Art in China.