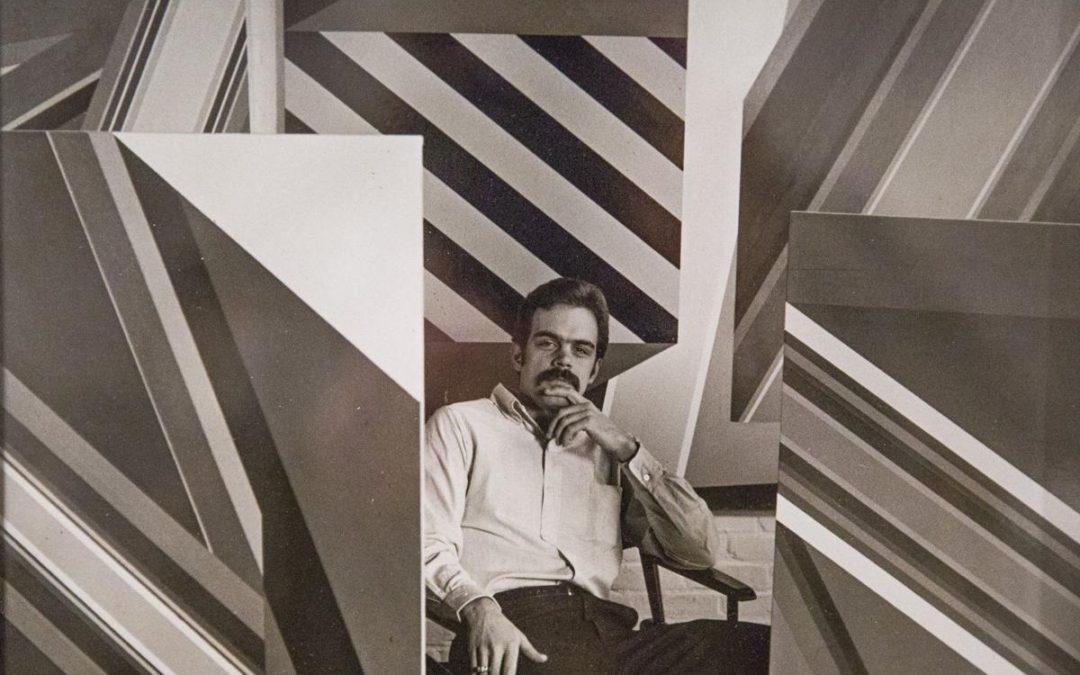 The sculptor — who was born in Elkhart in 1941 and grew up there — estimates that throughout his career, he has gone through hundreds of tons of rock.

“It’s why I have arthritis,” he says from Coupland, Texas, where he lives and works. “If I were sedentary or if I did something less abusive to my system, I’d probably wouldn’t be experiencing the symptoms of arthritis to the degree that I am. I’m using every kind of natural supplement that I can.”

Huntington adds that he also works with an orthopedist to limit the pain brought on by years of working with the hard stone. It’s why May was probably his last trip to the quarry to get a significant amount of rock.

“When that’s finished, I’ll be between 79, 80, and what my body is telling me, I’m going to have to seriously curtail what I’m doing and work only on small pieces,” he says. “Do drawings and stuff like that. I don’t want to, but the reality is that I just can’t keep hammering away at my body.”

Although his supply of granite is dwindling, Huntington says that his passion for art will never fade, which is why he will find other creative outlets.

“I started out drawing, and I’ll probably end up drawing,” he says. “Going from two-dimensional art — drawing and painting — to sculpture and then, when I could no longer physically make sculpture, hopefully, I’ll still be able to draw. I’ve always loved drawing, and I think that it’s the basis for everything.”

Years ago, Huntington donated 139 drawings to the Midwest Museum of American Art with the hope that his hometown museum could help preserve his legacy. The pieces, which include sketches, paintings and several of his smaller sculptures, are now on display at the museum through Feb. 24 as part of the exhibit “Jim Huntington: The Graphic Works.”

“So, basically, I had the idea that I need to reintroduce Jim Huntington to an audience that may be new to him and to a new audience that should know about him,” museum curator Brian Byrn says.

In addition to owning the sketches, the museum also owns 25 sculptures by Huntington, with the largest weighing about 300 pounds.

“The drawings are seen as separate expressions of his work as an artist,” Byrn says.

Alongside the sketches and small sculptures in the exhibit are documentary photographs of Huntington and his work, as well as drawn renderings of his larger sculptures, which are displayed all over the world.

“He has sculptures in Japan and had five sculptures just purchased by the city of Lincoln, Neb., for their downtown parks,” Byrn says. “So he’s very active. In the day, you know, he was setting these big, huge, monumental sculptures in public places.”

One place that Huntington has yet to place one of his large-scale sculptures is his hometown, Elkhart — something that Byrn hopes to change.

“I think it’s a shame that Elkhart doesn’t have a sculpture by this man,” he says. “He’s this famous for us as George Ricky is for South Bend or as important an artist to showcase publicly as the (Mark) di Suvero’s is in the river. I mean Jim Huntington has really made his life’s work and his living from making and selling these sculptures.”

Huntington says that it was an easy choice for him to donate the pieces displayed at the Midwest Museum into their permanent collection.

“You know, I get to leave a small part of my legacy in my hometown,” he says. “I’ve ensured that my legacy here in Texas will survive because I set my sculpture garden up as a foundation. It’s a 501c3, so it’s an entity that will survive me intact as well.”

He, like Byrn, also hopes to someday have one of his larger scale sculptures displayed in Elkhart. In fact, he has already picked out which piece he would like to see permanently live in the city he credits for instilling in him its “bedrock values” of “hard work and perseverance.”

“We’ve got a dialogue going now. Brian’s going to be working with donors at that end, and I’m going to do everything I can to make it possible,” Huntington says. “I think he’s focused on Wellfield (Botanic) Gardens. I used to go down there and spear frogs when I was a kid.”