Recycle, Repurpose, Re-imagine: The Poetry of the Found Object 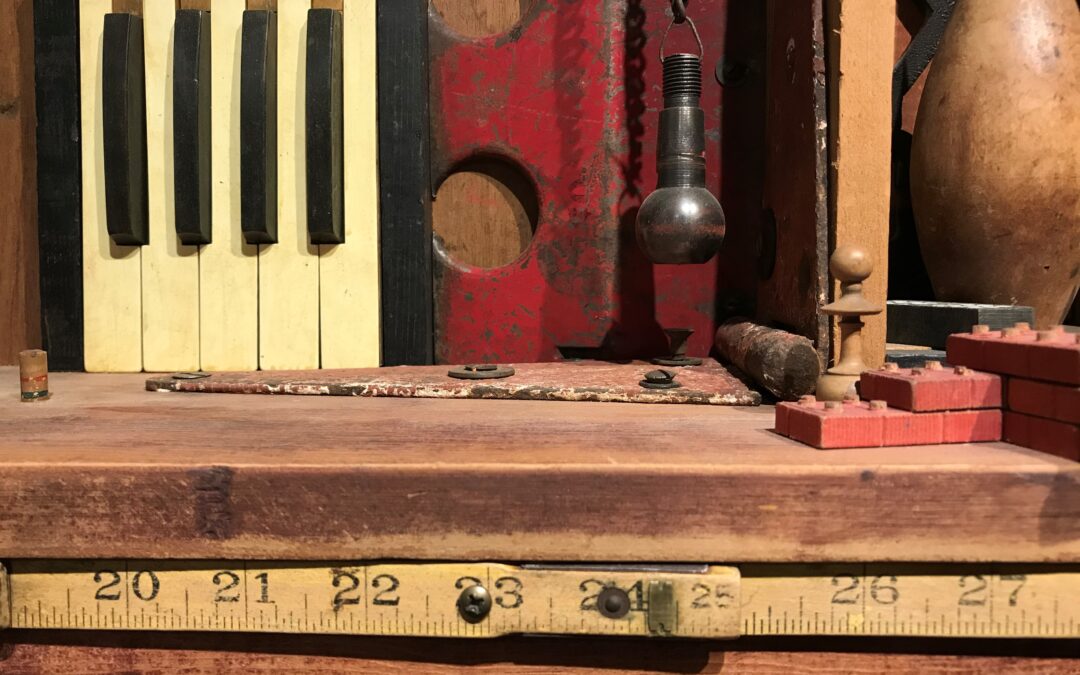 The ideas of process and transformation; using materials found in the real world; making poetic associations; and, interpretive and personal journeys of discovery will be some of the major themes. In total, the exhibit will include over 80 works in assemblage, collage, mixed media, and found object methodology.

This exhibit is in conjunction with the museum’s 43rd Anniversary and the 100th Anniversary of the former St. Joseph Valley Bank building— a found object slated for demolition but instead, recycled & re-purposed, into becoming a community asset and Indiana’s premier American Art Museum. Today it stands as a monument to vision & alternative re-use.

This exhibit is graciously sponsored by the Elkhart County CVB.