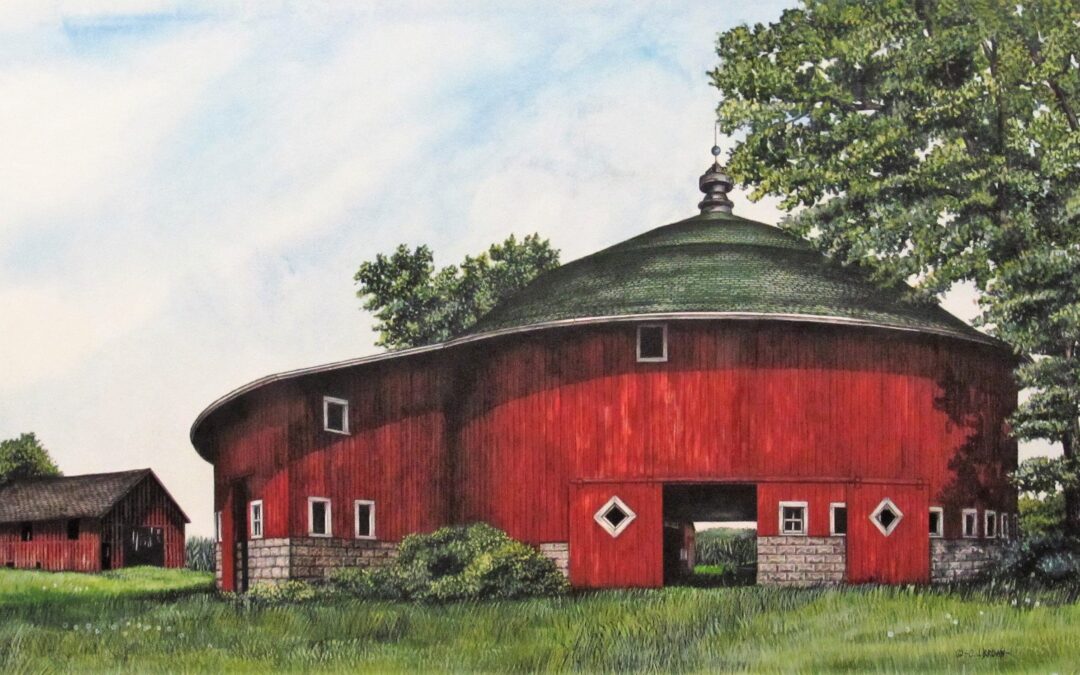 Dick Pletcher had a vision to create a community arts & crafts festival after purchasing a farm just west of downtown Nappanee. He and his wife Susie began a fifty-year festival at the site of what became Amish Acres. Every year a two-dimensional and three-dimensional Best of Show was purchased by the Pletchers and (some) were hung in the restaurant and later their home. Selected from fifty 2-D works, the current exhibit features some of the most outstanding artists of Michiana including Jacqueline Gnott, (the late) Steve Johnson, and others from across the Midwest.

Reflecting on the history (1965-2019) of this important Elkhart County attraction, the thirty-plus watercolors, acrylic, and oil paintings were gifted to and are on loan from the Evelyn Lehman Culp Heritage Collection at the Nappanee Center.