St. Louis boasts a staggering amount of visual art, and even more world-class art is just a day’s drive away.

From “Rehearsal of the Ballet” by Degas to Van Gogh’s “Oliver Trees,” Nelson-Atkins houses an impressive collection of French paintings, many of which were gifted by Marion and Henry Bloch. The Bloch Galleries include work by Paul Cézanne, Paul Gauguin, Édouard Manet, Claude Monet, Camille Pissarro, Pierr-Auguste Renoir, Alfred Sisley, and more. Altogether, the museum’s collection spans more than 33,500 works of art, including its famous Donald J. Hall Sculpture Park, with those four iconic Shuttlecocks. 4525 Oak, Kansas City.Expand 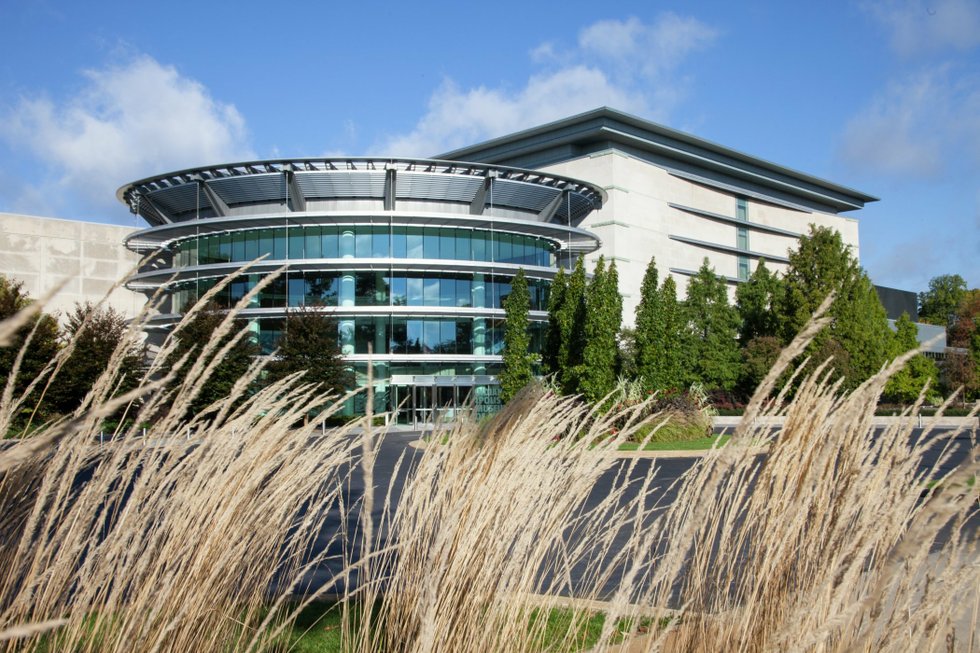 In 2017, the Indianapolis Museum of Art joined forces with Fairbanks Park, The Garden, Lilly House, and the Elder Greenhouse to create the campus that’s now known as Newfields, a Place for Nature and Arts. The IMA houses the most comprehensive Neo-Impressionist collection in North America, and the museum houses everything from pop art to ancient Greek classics. 4000 Michigan, Indianapolis, Indiana.Expand

Founded more than a century ago, the privately funded museum in Midtown Memphis is Tennessee’s old and largest art museum. The beaux-Arts building houses a permanent collection that spans works by Renoir, Thomas Hart Benton, Robert Motherwell, and Nancy Graves, as well as the late Memphis artist Carroll Cloar. Then there are the current exhibits, including eye-catching art from Andy Warhol, narrative artist Ke Francis, and “Art of the African Diaspora.” 1934 Poplar, Memphis, Tennessee.Expand 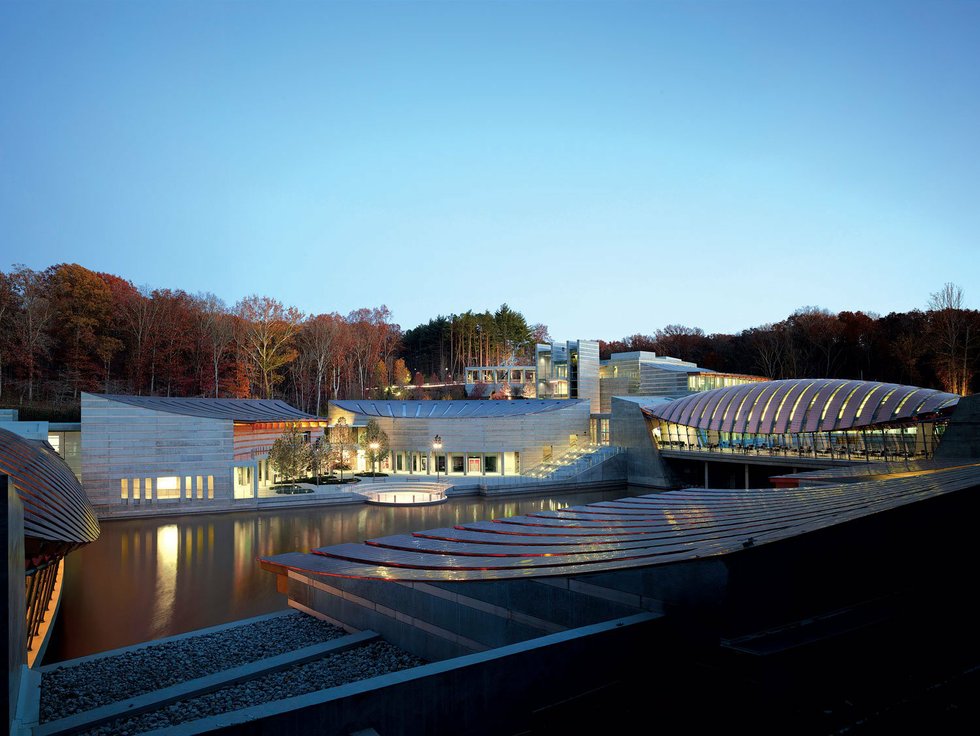 The building itself might be the most impressive work of art. The modern Moshe Safdie–designed museum is situated in the heart of the Ozark mountains, with a series of pavilions atop two creek-fed ponds. Founded by Alice Walton, Walmart founder Sam Walton’s daughter and an avid supporter of the arts in Northwest Arkansas, Crystal Bridges boasts works from the likes of Norman Rockwell, Mary McCleary, Agnes Pelton, Chuck Close, Jasper Johns, Jackson Pollock, Mark Rothko, and Mary Cassatt. And beyond the museum itself, visitors can explore the Frank Lloyd Wright–designed Bachman–Wilson House, as well as sculpture scattered throughout the 120 acres of surrounding forest. 600 Museum Way, Bentonville, Arkansas.Expand

The Art Institute of Chicago | Chicago

Recognized as one of the oldest and largest museums in the world, the AIC dates back to 1879 and was part of the effort to rebuild Chicago after the Great Fire of 1871 destroyed much of the city. The institute was founded as a museum and a school, and it still retains its academic beginnings with a research library and the School of the Art Institute of Chicago. Today, the permanent collection contains 300,000 works of art. Notable works include “The Bedroom” by Vincent van Gogh, “A Sunday on La Grande Jatte” by Georges Seurat, “The Old Guitarist” by Pablo Picasso, “Paris Street; Rainy Day” by Gustave Caillebotte, and more. 111 S. Michigan, Chicago, Illinois. Expand 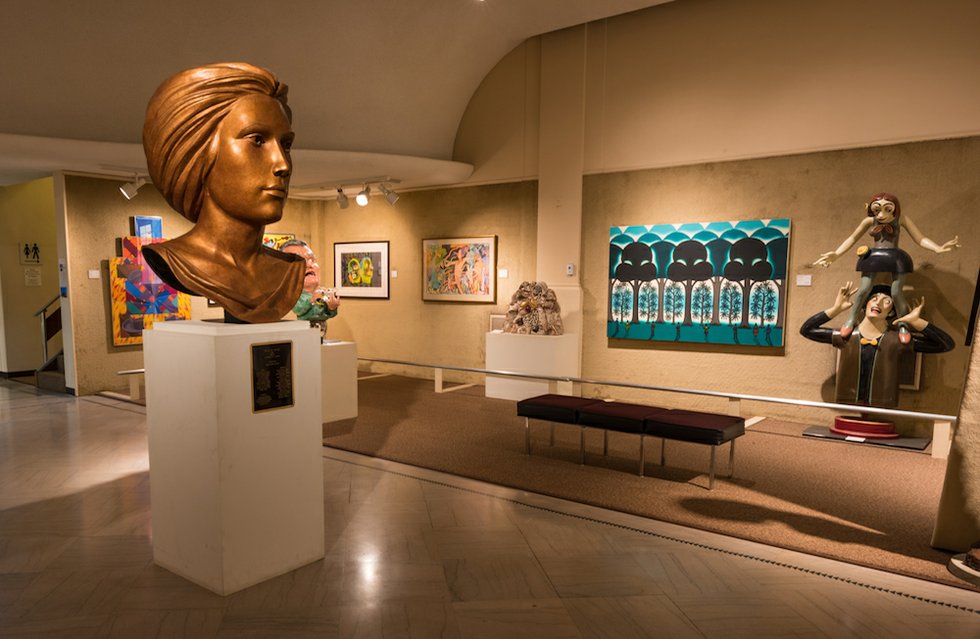 It’s said that Mexican muralist Diego Rivera considered his fresco murals at the DIA to be his finest work. The 27 paintings depict laborers working at the Ford Motor Company and cover the four walls of the museum’s garden court. The DIA was the first museum in the United States to purchase a Vincent van Gogh painting. The “Self Portrait, 1887” is one of nearly 1,000 paintings in the European paintings section, which dates from the 1100s to 1950. 5200 Woodward, Detroit, Michigan.Expand

Auguste Rodin’s famous “The Thinker” greets visitors. It’s one of 25 such works around the world and can be found guarding the entrance. The museum opened its doors in 1916, but its mission—to be a place “for the benefit of all the people forever”—was established even earlier, when the land was gifted in 1892. Today, the collection spans all periods and regions of the world. It’s housed in two buildings that are connected by an atrium. 11150 East Boulevard, Cleveland, Ohio.Expand 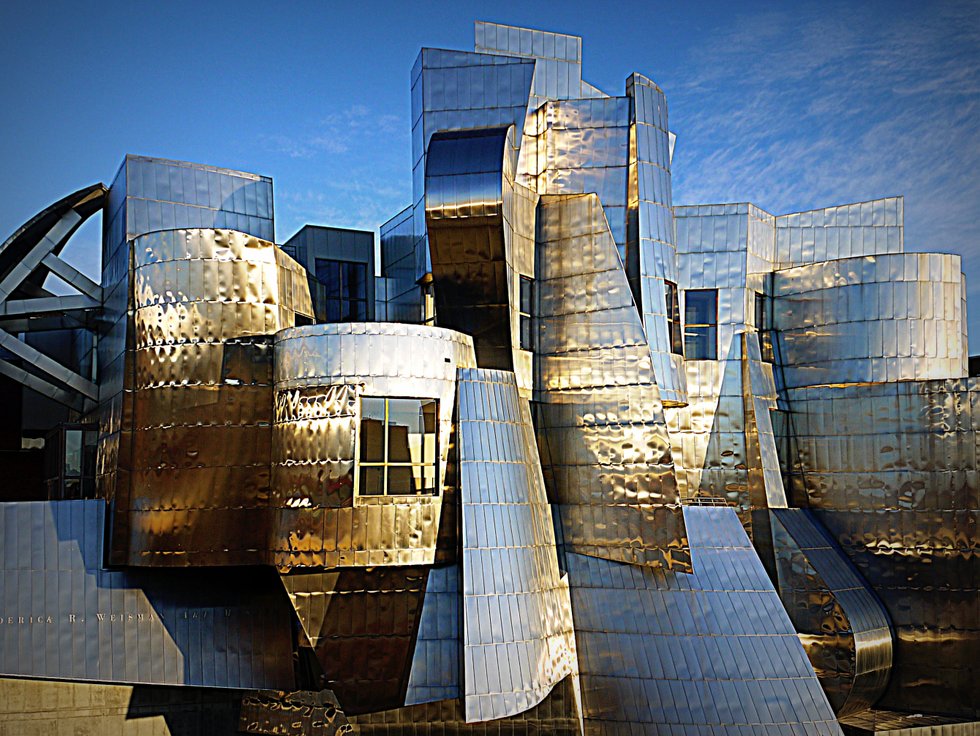 The museum’s geometric stainless-steel facade glimmers along the Mississippi River. Designed by world-renowned architect Frank Gehry, it’s become a landmark for the Twin Cities and the University of Minnesota. The museum houses 20th-century American art and an extensive collection of contemporary art. 333 E. River, Minneapolis, Minnesota.

Jen Roberts writes on a variety of topics including arts and culture, travel, and local and global social issues.READ MORE BY JEN ROBERTS

St. Louis boasts a staggering amount of visual art, and even more world-class art is just a day’s drive away.